Mohamad Rida Hassoun was driving his pickup truck very slowly along Lake Shore Road in Grosse Pointe Farms, drawing the attention of police, who pulled him over. 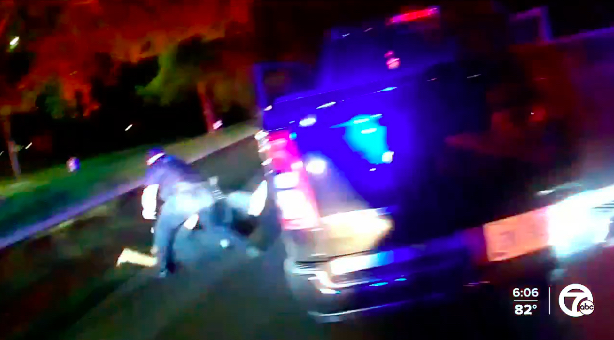 But despite one of the officers saying he thought Hassoun was having a diabetic episode, another Farms officer yanked him from his vehicle, slamming him to the pavement. The officer said Hassoun's tight grasp on the steering wheel constituted resistance. So now his lawyer is suing the department and three officers over the September 2020 incident.

The medical incident appears to have been brought on by blood-pressure medication, his lawyer said.

Bodycam footage shows one of the officers pull Hassoun out of his truck and onto the pavement, where he moans in pain. Hassoun said he has had to have three surgeries on one shoulder and will soon have a fourth on the other one.

Moments after Hassoun is handcuffed, an officer can be heard asking him if he's diabetic.

The officer who pulled Hassoun out of his truck can be heard complaining that he hurt his thumb. He also told a fellow officers, "I don't know if he's diabetic or what he's trying to do is trying to harm us, or himself."

The officer goes on about how much pain his thumb is in while telling another officer what his colleagues suspected, "I thought he might have been diabetic and then I started pulling him out and he's resisting. He wouldn't let go of the steering wheel."

The other police officer responds, "Well, he could still very well be diabetic."

See the full report, below: