A 7-year-old child died when they were ejected from a minivan in a Southfield Freeway crash, and another was seriously injured in the same vehicle. Both children appeared to be either unrestrained or improperly belted into car seats. 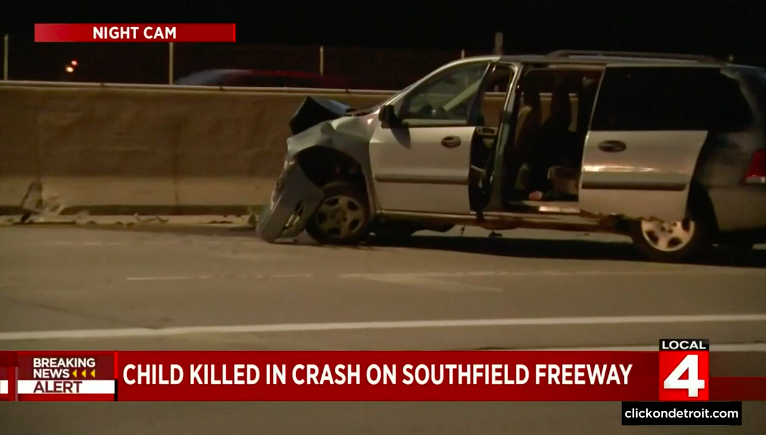 The crash's aftermath, via WDIV-TV video

A preliminary investigation found a car heading north on the freeway (M-39) near Outer Drive around 8:50 p.m. was speeding when it struck another vehicle then crossed all lanes and collided with the median barrier, MSP reported on Twitter.

A 7-year-old sitting behind the 30-year-old female driver in the speeding car was not wearing a seat belt and died, according to MSP.

A young child who had been "sitting in a car seat with only a lap belt over the seat was thrown from the seat and sustained serious injuries," authorities said.

The freeway was closed for several hours while police investigated the crash.

WDIV has a video report.