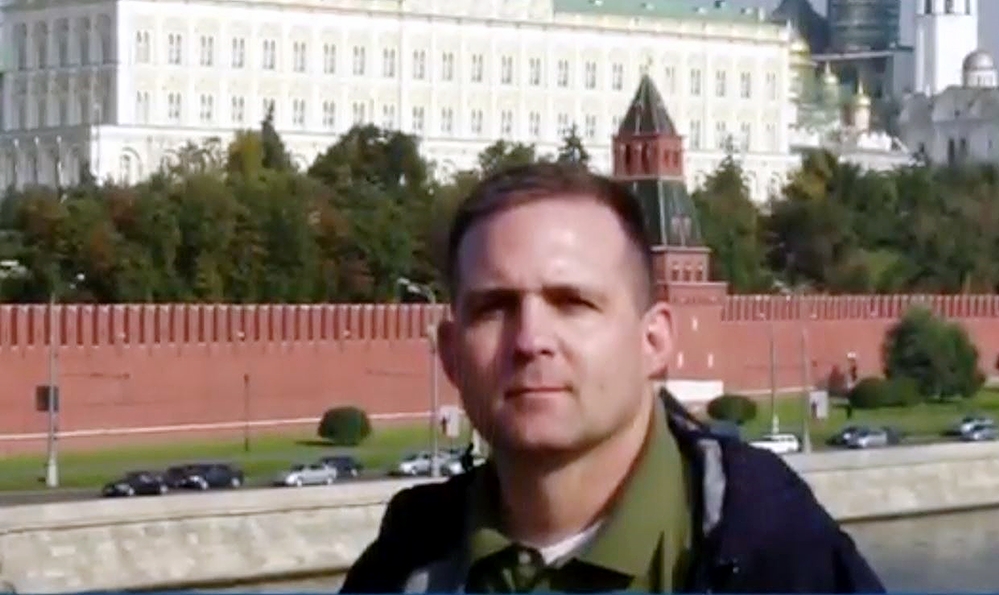 Paul Whelan in Russia in an undated file photo

As they advocate for the release of Whelan, an Oakland County man they say has been unjustly imprisoned in Russia for over three years, they said they were "astonished" that President Joe Biden reached out to the family of Brittney Griner, a WNBA star similarly detained there.

(Whelan's) family has sought a meeting with Biden for months and months, with his sister, Elizabeth Whelan, putting in four requests that have not been granted, she said.

The Whelans suggested the disparate treatment is due to Griner's celebrity. The two-time Olympic gold medalist plays for the Phoenix Mercury and faces possibly 10 years in prison in Russia.

Griner also plays for UMMC Ekaterinburg, a team in Russia, and was arrested in February at the Moscow airport, accused of carrying vape cartridges of hash oil in her luggage. The arrest came around the time of the Russian invasion of Ukraine, and authorities say the government was using her as a diplomatic bargaining chip.

Whelan, of Novi, was arrested in 2018 in Russia, accused of spying, a charge he denies, and sentenced to 16 years in a labor camp. He is currently serving that time in Mordovia, a Russian republic southeast of Moscow. His family has been working for his release ever since.

When U.S. diplomats agreed earlier this year to a prisoner swap of a Russian prisoner for Trevor Reed, a U.S. Marine who was also being held there, Whelan's family claimed he deserved similar attention from the State Department. But although the government and others agree that Whelan is imprisoned without cause, little has been done publicly toward his release.

Whelan's siblings have been outspoken about the unfairness. His sister Elizabeth recently tweeted:

Still looking for that press release saying @POTUS has spoken to anyone in OUR family about #PaulWhelan, wrongfully detained in #Russia for 3.5 years.

I am crushed. If he wants to talk about securing Paul's release, he needs to be talking to the Whelans! What are we to think?! https://t.co/jTirLwAHyF