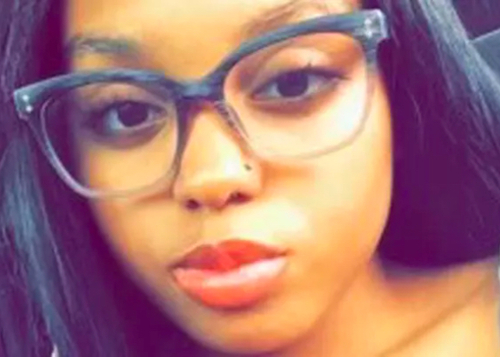 A mother driving home from an overnight shift at FedEx in Romulus reportedly fell asleep and caused a head-on crash that killed her and the driver of another vehicle.

The crash on Westbound I-94 at Beech Daly closed the freeway from 8:00 a.m. to 1:30 p.m Tuesday, according to The Detroit News. A preliminary investigation by Michigan State Police, the paper reported, showed a sedan crashed into a pickup truck in the freeway's left lane and the truck crashed into a semi in the center lane.

The driver of the sedan was Laniya Bethea, a 24-year-old FedEx employee and mom of three, her mother tells Fox 2. Bethea, she said, "swerved into oncoming traffic and there was a head-on collision."

"I don’t believe this, it’s still so unreal to me," she said."That was my first baby. the one that made me a mother, that's the one that got me to where I am today."

The sedan and pickup caught fire and both drivers were pronounced dead at the hospital, police saud. The semi driver was uninjured.

A GoFundMe has been launched to pay for funeral costs and provide for Bethea's children. It says she leaves behind a daughter, 7, and sons, 2 and 3.