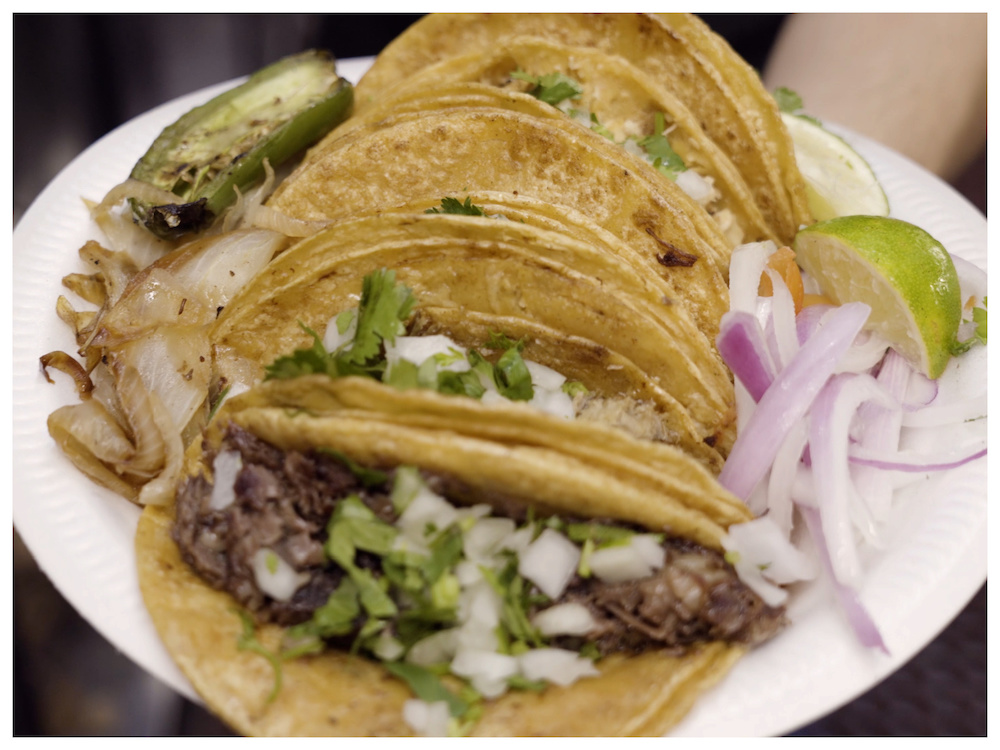 It carries a lot of weight when Carlos Parisi says that El Takito Loco at Dix and Woodmere is his favorite Metro Detroit taco truck.

Parisi, host of Deadline TV's "Detroit Digest," was born in Mexico and raised on the foods of Southwest Detroit. He also owns Aunt Nee's, a wholesale producer of tortilla chips, salsa and guacamole.

Parisi stopped by the truck in the lot of Safeway Market, a liquor store at Southwest Detroit's edge. Needless to say he was pleased with what he got, including a customer favorite -- al pastor, meat from boneless pork shoulder cooked on a spit, just like Lebanese shawarma.

See the video below, produced by Myron Watkins II.