This commentary is adapted, with permission, from a Twitter thread Wednesday afternoon by a second-term state legislator.
Rep. Laurie Pohutsky, D-Livonia, is a 2010 Michigan State graduate who grew up in Redford and describes herself as "a millennial microbiologist." 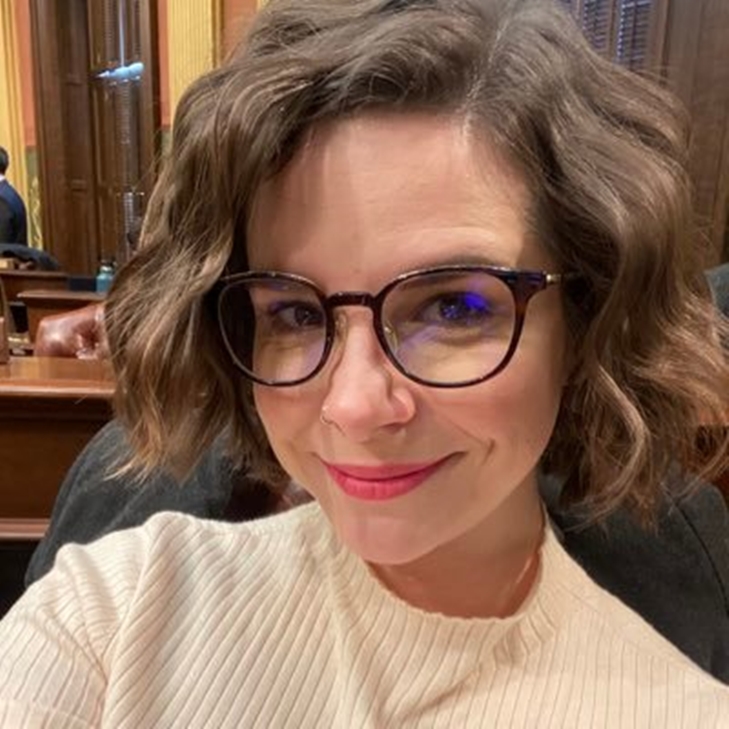 "I'm still having the same conversations that made me want to run." (Photo: Twitter)

I'm hearing from constituents who are rightfully outraged that nothing is being done about gun violence, particularly in schools. Listing the bills I've cosponsored to address it doesn't cut it anymore, and it shouldn't. So I want to explain what happened in the Michigan Senate today.

Today my Democratic colleagues in the Senate moved to discharge Senate Bills 550-553 from committee to bring them up for a floor vote. These bills deal with safe storage of firearms and should have been voted on long before now, but have sat in committee without a hearing.

The Republican majority somehow made a mistake, because they allowed these bills to be discharged. Upon realizing what they had done, they immediately voted to send the bills back to committee, where they will still not receive a hearing. This was all done by simple [22-14] majority.

To be perfectly clear: Republicans accidentally allowed these bills to be brought up where they could be voted on and instead of doing it, they sent them back to committee to die.

There are a myriad of issues threatening people's very lives right now, gun violence being one of them. And trust me, I know how tired everyone is of hearing, "Vote!" I'm tired of saying it.

Three years into being elected, I'm still having the same conversations  that made me want to run for office. It feels cheap and disgusting. It feels like passing the buck.

But I need folks to understand just how narrow these margins are that prevent us from passing these bills. 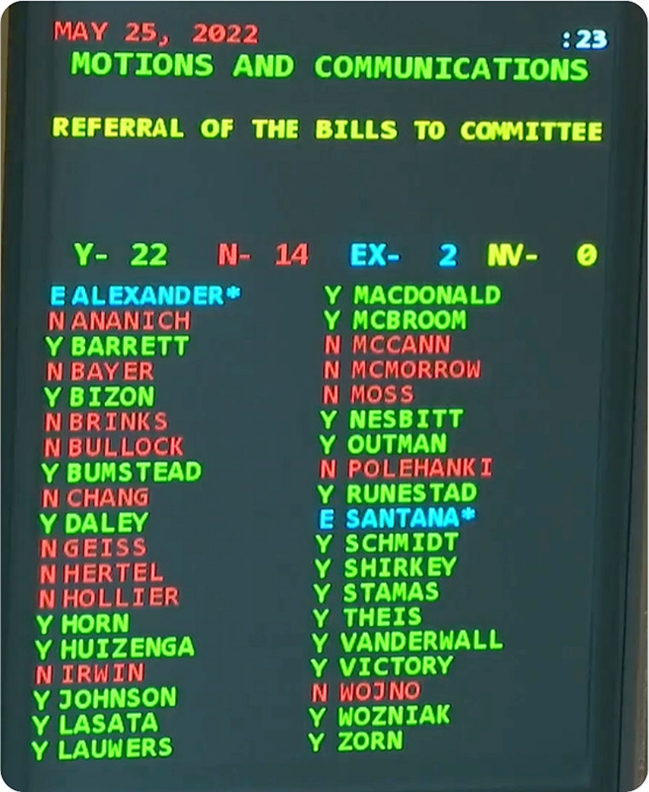 The Senate roll call Tuesday to send safe gun storage bills back to committee without debating or voting on them. (Photo: Michigan Senate TV)

And it's not just about voting, it's about voting for people who will fight for the things you care about. [U.S. Sen.] Joe Manchin has a D next to his name and is as useless as the letter G in the word lasagna. Yes, vote. But know who you're voting for.

And for the love of all that's holy, hold them accountable. If they aren't working in your best interest, vote them out. I don't care what party they're in, we all work for you and we can be voted out by you. The margins are too slim and the work is too important.

I know people are fed up and tired of nothing changing. I am too. But it isn't going to change unless we change it, and none of us can do it if everyone gives up. Please don't, because I promise I won't.

To drive this point further, we just offered two amendments to tie-bar universal background checks and safe firearm storage to a bill that would help law enforcement respond to school shootings. Both were voted down.

We're willing to deal with the aftermath but not prevention.

The author is running for a third term, the last allowed under a 1992 ballot proposal passed by voters. Her campaign site is here.